The story of our building begins around 1860. Learn the history of the many owners and businesses that 34 Main Street in Markham has known before becoming home to our Hunter Dental clinic.

The History at 34 Main Street

This house was built around 1860. The first owner, Robert Wilson, and his family lived here. For many years he operated a general store from the building.

Upon his retirement, the house was purchased by a medical doctor. Dr. Doherty ran his practice from here, and also opened a drugstore, which flourished until 1887.

Mr. William Fleming and his family resided at 34A Main Street for over 80 years. Fleming was not only a school teacher and trustee but a famous checker player who eventually became the North American champion.

People from all over the continent came to test his skill and many a stirring game was played for money in this building. A huge monument stands on his gravesite at the entrance to St. Andrew’s Cemetery on Highway 7.

When William Fleming died in 1905, his son Robert took over and opened a showroom at the front of the house.

What had previously been the general store, followed by a drug store, now became a store for organs, pianos, melodeons and sewing machines. It was a large room, well decorated, and proved a very successful venture, making sales to residents for miles around.

Next to ply his trade was William Fleming’s grandson, Bill. He remodelled the showroom, removed the showcase windows, and settled in as a dentist.

Here he practiced for several years, after which he returned to university to earn a specialty degree. He later set up practice in Toronto as a periodontist. 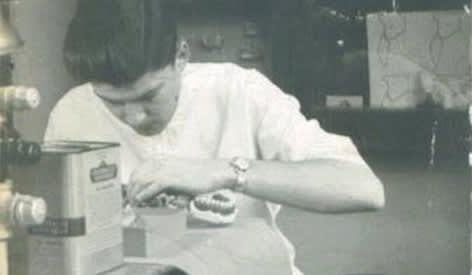 The Early Days of Hunter Dental

Dr. C. G. Hunter purchased the building from Mrs. Fleming (Bill’s mother) in 1959 and took over the dental practice, where it became "the office with the teddy bear in the window".

Since the early 1970s, most of the downstairs space has been the home of  Markham orthodontic practice. Currently, Dr. Bennett Mui, a certified orthodontist, runs 'Braces in Markham' in that space.

In 1986, Dr. Rory Hunter joined his father as a practicing dentist. They moved upstairs to meet space requirements and to accommodate a growing practice. They practiced together until 2000; when Dr. C. G. Hunter retired. Dr. Rory Hunter purchased the property in 2006.

In 2009 Hunter Dental marked its 50th year of practice. You are welcome to take a virtual tour of our office. 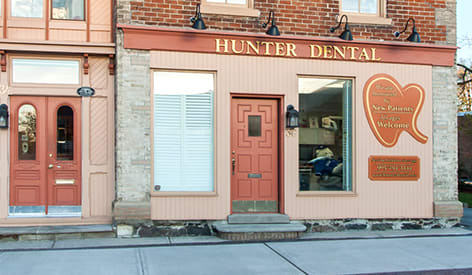 Patient Education is our Mission

Learn from our Markham dentists as they share valuable information in our dental blog.

My teeth hurt. Should I go to the dentist?

Do your teeth hurt? Are you wondering if you should see a dentist? Our Markham dentists discuss some signs that indicate an emergency.

What is considered a dental emergency?

A dental emergency can be an emotional - and physically uncomfortable - experience. In this post, our Markham dentists list the facts of what’s considered a dental emergency - and what to do if one happens to you. 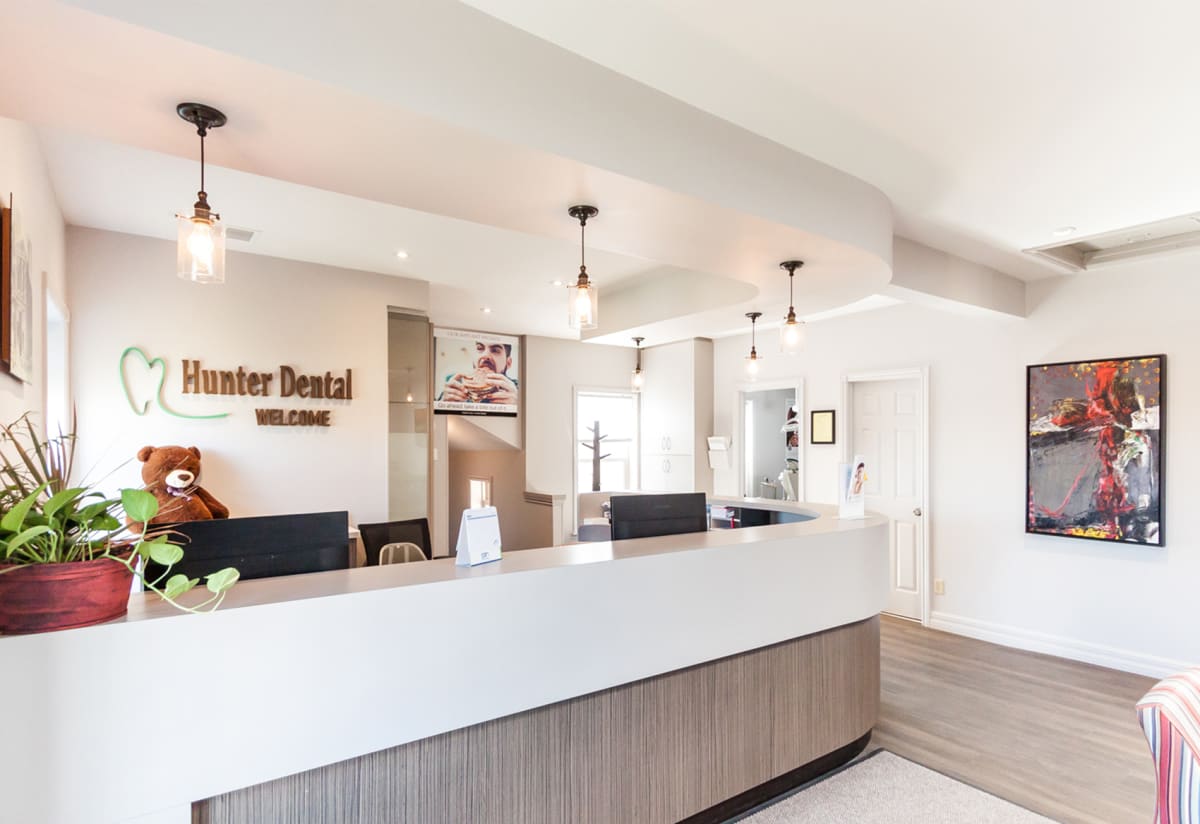 Call Hunter Dental to book your first appointment with one of our Markham dentists today.